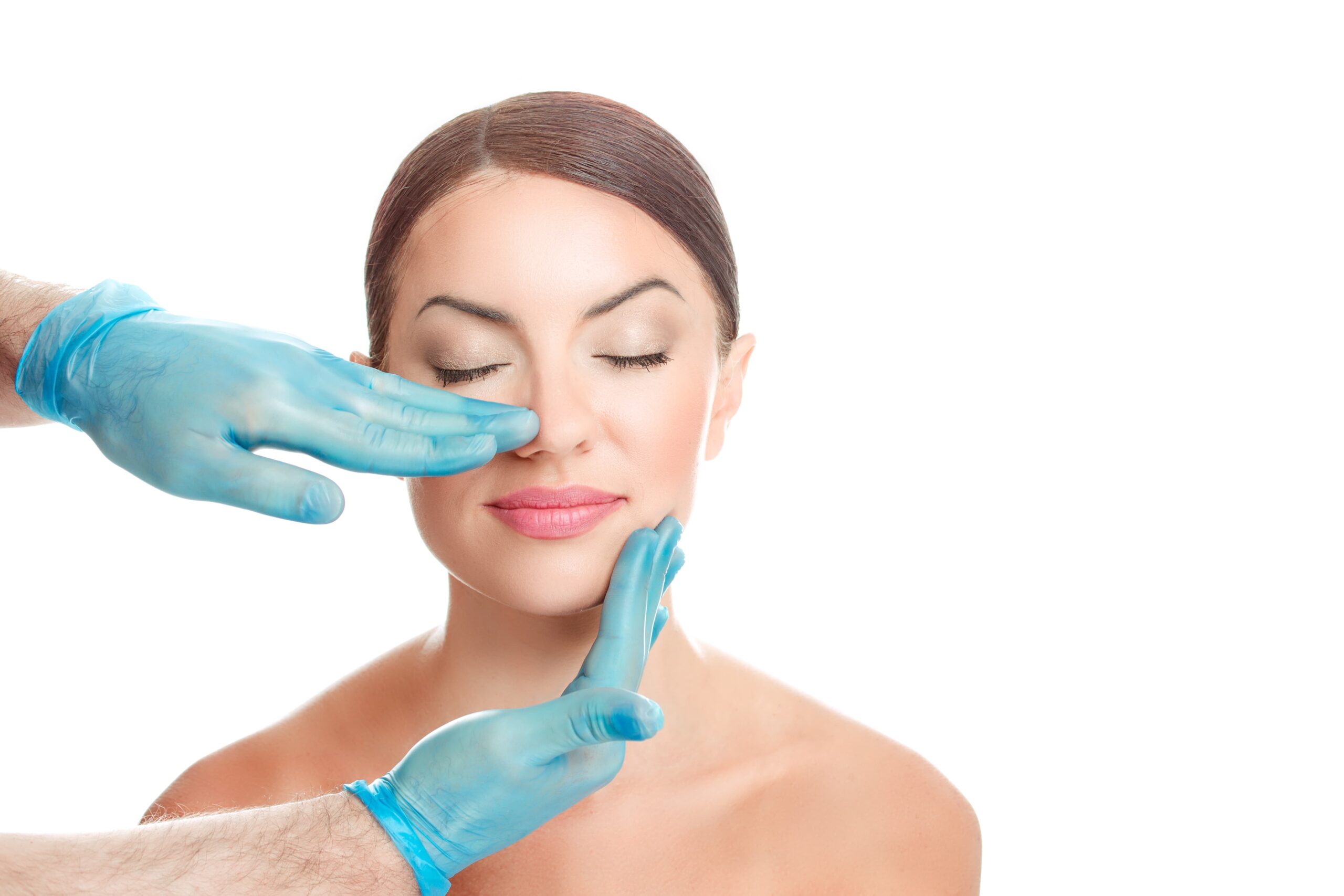 Rhinoplasty, commonly known as a nose job or nose reshaping, is a surgical procedure where your surgeon changes the shape or size of your nose. Typically, your nose is either made smaller by removing cartilage, made bigger with cartilage grafts, or the shape is altered by sculpting the bone and cartilage.

As the third most common cosmetic surgery procedure in the U.S., rhinoplasties were bound to face misconceptions formed out of a misunderstanding around the need for plastic surgery.  Modern practices and evolved significantly, but were originally pioneered through the reconstruction of injuries due to war.

While rhinoplasty is typically performed for cosmetic purposes today, there’s still a lot of patients that pursue this form of plastic surgery to help improve their breathing, reconstruct their nose after trauma, or even fix a congenital defect.

If you’re looking to get a professional rhinoplasty, you may have heard a number of rumors about the procedure ranging from the almost plausible to downright bizarre. So, today, we’re going to take a look at the ten most common misconceptions about nose jobs.

Any plastic surgeon can perform a rhinoplasty.

With rhinoplasty, you’re not just paying for any body part to be changed – you’re paying for someone to change a sensory organ. Not only that, but your nose is such a prominent feature of your face that taking off even a millimeter too much is extremely noticeable.

When booking your rhinoplasty, you need to look for a cosmetic surgeon that has experience with rhinoplasty. At the very least, the surgeon you choose should be board certified in facial plastic and reconstructive surgery (ABFPRS). Surgeons with qualifications such as these are better equipped to understand the importance of your nose to your face, as well as its functioning as a sensory organ.  Ask you, surgeon, for numerous examples of their work.   Look for people who were seeking similar changes as you.

It’s also extremely rare to wake up in the middle of surgery as you’ll have a qualified anesthesiologist taking care of you throughout your nose job. This is a common worry with our patients, particularly if they’ve never had a general anesthetic before, but we reassure all of our patients that our anesthesiologists will monitor them throughout the surgical procedure to make sure they’re receiving the perfect amount of anesthetic.  We’ve never had a patient “wake up” during surgery.

Rhinoplasty is only for wealthy people.

In 2019, the average cost of rhinoplasty surgery in the U.S. was $5,409, however, you should note that this figure only accounts for the surgery, and not the cost of your anesthesia, hospital stay, medication, or consultations. Unfortunately, it’s hard to give a precise figure as many hospitals and private practices bill plastic surgeries differently.  More experienced surgeons may be a bigger investment from the patient.  Some surgeons may use your insurance to pay for part (but not all) of the procedure.  But insurance is only used if there is a functional problem, such as nasal obstruction.

It’s true that the majority of people looking for cosmetic nose jobs are women, but nowadays, there is an increasing number of men who are also self-conscious about their image and are setting up consultations. A nose job for men is becoming more common, particularly as men are encouraged to open up about how they’re feeling and their insecurities.

You should also remember that not everyone who has a rhinoplasty procedure is doing it for cosmetic reasons. People who struggle to breathe through their nose often benefit from a functional procedure that opens the airway and fixes deviated septums.

As the saying goes, “you get what you pay for”. Unfortunately, cheaper nose jobs performed by surgeons who aren’t experienced in rhinoplasty can often look “surgical”. However, a specialized rhinoplasty cosmetic surgeon will have dedicated their career to this tricky surgical procedure so their results appear much more natural.

This is why it’s important to come prepared for your consultation, as any good rhinoplasty surgeon will sit with you to discuss what result you’re looking for and show you a visual representation of those results. If you’ve got any questions or concerns, you can talk to the surgeon before going under the knife.  Always ask for “before and after” examples of procedures that were similar to yours.

Rhinoplasty is covered by insurance plans.

Yes and no. If your rhinoplasty is being done for medical reasons, such as reconstruction after an accident or to fix a breathing issue, then it may be partially or fully covered by your insurance depending on your policy. However, if you’re having a nose job for purely cosmetic reasons, then chances are you’ll have to pay the entire cost out of pocket.

Rhinoplasty is a painful procedure.

Rhinoplasty often surprises people because it’s not as painful as they expect. Of course, every form of surgery has some level of pain or discomfort associated with it, and we’re not saying it’s an entirely pain-free procedure. However, before you go under for your nose job, you’ll have the chance to talk to your surgeon about pain relief after the procedure.

In short, you won’t feel anything during the procedure because you’ll be anesthetized. After your surgery, most patients find that they can tolerate the mild to modest discomfort in combination with common painkillers prescribed by your surgeon.

A nose job performed by a qualified surgeon should never impede your ability to breathe through your nose. However, when the surgery is performed by someone who doesn’t specialize in rhinoplasty – or even plastic surgery – then it can have terrible unintended consequences. It’s crucial that you verify that the surgeon you’ve chosen is qualified and experienced.

Saying that, after your procedure, you’ll usually find that your nose has some blockage due to the bandages. However, this tends to resolve after splints, dressings, and cast are removed.

Nose reshaping is only done for cosmetic reasons.

While cosmetic nose jobs are extremely popular, it’s not the only reason why people choose to go under the knife. People who suffer from constricted nasal passages or a deviated septum can benefit from rhinoplasty that specifically targets these areas, and a nose job might be the last resort when they’re struggling with breathing through their nose or with excessive snoring.

Rhinoplasty can also be performed to repair the nose after trauma, fix a congenital defect, or for reconstruction following the removal of cancer or a lesion.

It’s nearly impossible for a plastic surgeon to replicate a celebrity’s nose for multiple reasons. First of all, any respectable rhinoplasty surgeon wouldn’t take on any surgery intended to make someone look like somebody else for ethical and moral reasons. However, as we all have individual faces, rhinoplasty surgeons are responsible for meeting the patient’s expectations while making the nose look as natural as possible.

With that in mind, any good rhinoplasty surgeon will tell their patients that they can’t copy someone else’s facial features because it won’t necessarily work well for the patient’s face. With the nose being an important part of someone’s facial aesthetic, no good surgeon will promise you results that mirror your favorite celebrities.

Additional Read: How Rhinoplasty Can Improve Your Facial Harmony (A Comprehensive Guide)

As with any facial cosmetic surgery, it’s vital that you find a surgeon who’s experienced in the kind of rhinoplasty you need. Every reputable cosmetic surgeon should have a portfolio of before and after pictures, for you to look at before you decide to book a consultation so you can get an idea of the results you can expect.

Dr. Sidle is Chicago’s leading facial cosmetic surgeon and is board certified by two individual surgery boards (ABFPRS and ABOHNS). With over 15 years of experience, his humanistic approach to cosmetic and reconstructive surgery has made him one of the most respected and loved cosmetic surgeons in the Chicagoland area. He often sees patients from other states.

Dr. Sidle also continues to teach facial cosmetic and reconstructive surgery at Northwestern University and hosts lectures about his expertise nationwide. To book a consultation and learn more about what Dr. Sidle can do for you, click here.

Dr. Sidle specializes in cosmetic and reconstructive surgery of the face, head, and neck. His services range from minimally invasive office procedures with little to no down time to major operations leading to dramatic improvements in appearance. Dr. Sidle is one of a select group of cosmetic surgeons who are “double boarded”. He is Board Certified by the American Board of Facial Plastic and Reconstructive Surgery and by the American Board of Otolaryngology-Head and Neck Surgery.
View all posts by Douglas M. Sidle, MD, FACS →
This entry was posted in Blog. Bookmark the permalink.
error: Content is protected !!