A Comprehensive Overview Of Rhinophyma Treatment And Surgery Options 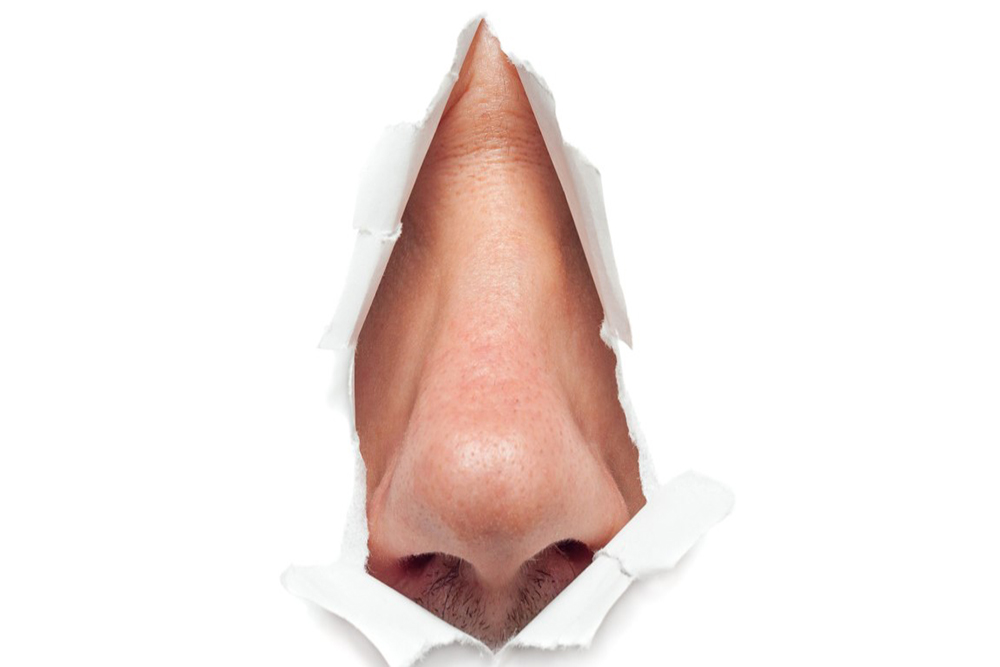 Rhinophyma is a type of skin disorder that is characterized by a bulbous, bumpy, red, or large nose. It is a form of rosacea. In this guide, we are going to provide you with a thorough overview of this condition, and give you an insight into the different treatment and surgery options that are available.

Rhinophyma is a benign condition that impacts the skin on your nose. It results in the enlargement of the nose and abnormal growth. This can be a highly disfiguring condition, as it can make the nose look bumpy and reddened. However, rhinophyma is not cancerous. This condition is influenced by a number of factors, but most medical experts agree it is an  advanced-stage rosacea that happens in a minority of patients. This skin disorder tends to impact men more commonly than women.

Rhinophyma can cause a number of different symptoms, for example, an increased number of sebaceous glands in the nose, inflammation, chronic swelling, and dilated blood vessels. These symptoms  make the nose appear bulbous, thickened, and reddened. There may also be abnormal scarring and pitting of the skin and prominent blood vessels. Caffeine and alcohol can make this condition worse.

Not only can rhinophyma be disfiguring, but the considerable enlargement of the nose can end up becoming so severe that it creates a nasal obstruction or it makes any obstruction worse. This is extremely problematic because it makes it difficult to breathe out of the nose. Individuals with rhinophyma can also have skin cancers that may be hard to detect because of the skin’s diffusely abnormal appearance.

The characteristic skin deformities and changes of the nose will typically be enough for a clinical diagnosis of rhinophyma. However, in some cases,  a biopsy can be performed when the clinical picture is not clear. There tend to be two options when it comes to rhinophyma.

In the early stages of rhinophyma, there will be evidence of rosacea as well as prominent enlargement of the sebaceous glands.  Sebaceous glands are the small oil producing glands present in your skin and are usually attached to hair follicles. There will be the presence of dilated sebaceous ducts that are filled with sebum. Plus, lesions that are solid, pink and red in color can appear on the face, neck or back.

When it comes to the more severe types of rhinophyma, there can be diffuse spider veins and dermal (skin) thickness.

Does Alcohol Abuse Cause Rhinophyma?

Rhinophyma is often referred to as drinker’s nose or alcohol nose which causes many people to assume that this disorder is caused by alcohol abuse. It’s an unfortunate coincidence that excessive alcohol consumption can cause vessels in the neck and the face to become swollen, which creates the appearance of flushed skin or redness. Patients with rhinophyma display similar symptoms which explains why it was a common misconception  that rhinophyma was caused by alcoholism.

Alcohol abuse as the cause of rhinophyma was disproved in a study carried out by the University of South Florida Morsani College of Medicine that was published in 2015. Many patients that participated in this study were diagnosed clinically with rhinophyma but did not have alcohol abuse issues. In fact, the participants did not even drink regularly, thus this theory was disproved.

The root cause of rhinophyma has yet to be determined. There has been some evidence to suggest that genetic predisposition and ethnicity can have an impact. This skin disorder tends to run in families of Eastern European, Scandinavian, Scottish, or English descent. However, this is about as far as we have gotten when it comes to getting to the bottom of what causes rhinophyma.

The Stigma Associated With Rosacea

Although alcoholism was proven not to be the cause of rhinophyma, the term alcohol nose has created a certain stigma for patients with rosacea. In fact, a lot of patients with rosacea have reported experiencing anxiety and depression because of their disease. The impact of rosacea on quality of life has been described as being similar to occupational contact dermatitis, vitiligo, and leg ulcers.

Patients with rosacea can also be impacted by social and emotional stigmas, including being viewed as having poor hygiene or being an abuser of alcohol. A survey carried out by Kelton Research focused on the self-perception of patients with rosacea and the perceptions that others have towards those who suffer from different forms of rosacea. This survey contrasted images of females with rosacea and those without. There were over 1,000 people who participated in this survey. It concluded that women with rosacea were considered not as successful as females with clear skin, not as intelligent, not as healthy and more insecure. Overall, there was a much more negative impression of women with rosacea.

Depending on the severity of the symptoms of a patient’s rhinophyma, there are different treatment options available.

The first line of treatment tends to be medication. A dermatologist will typically prescribe antibiotics, both oral and topical, to treat the rosacea that causes rhinophyma. Antibiotics may lower inflammation or reduce redness in the area. Medication is typically more effective when the condition is in the early stages, meaning the symptoms are not very severe.  Some of the most common antibiotics that are used for nose disorder treatment include erythromycin, metronidazole, and tetracycline. There are other topical medications, like cyclosporine, and azelaic acid may help to lower redness and inflammation. As there is no cure for rosacea, these medications help reduce redness and other discoloration but may not stop the advancement of rhinophyma.

Cases of rhinophyma that are fully developed may not improve with oral and topical antibiotics. Patients with severe rhinophyma can improve their condition with surgical treatment instead. Rhinophyma surgery is often considered the best option to treat for long-term basis. While the blood vessels and the tissues continue growing, it is critical to perform surgery as quickly as you can so that there is no permanent disfigurement on a permanent basis. There are a number of different surgical options when it comes to treatment for rhinophyma. This includes the following:

Each treatment option has pros and cons that should be discussed with a specialist. These surgeries are outpatient procedures that are usually performed under sedation. As with all surgeries, it goes without saying that there are risks associated with the surgical options.  That’s why it’s important to choose a doctor with care so that you understand your choices. Ask you doctor how many they perform and ask to see before and after photos of their results. Although there is no cure for rhinophyma, surgical treatments can drastically improve the appearance of the nose and the self-esteem of the patient. Of course, there will be a period of recovery after a surgical procedure.

The type of surgery you choose will often be dictated by the results you are hoping to achieve. For example, you may want to enhance the overall look of your skin, lower the appearance of the superficial and tiny blood vessels in the area, reshape a disfigured nose, or remove excess skin lawyers or growth. This will all be considered when determining what sort of treatment option is going to be best for you.

Additional Read: How Rhinoplasty Can Improve Your Facial Harmony

While rhinophyma is a skin disorder that is typically benign, it’s necessary to secure a proper diagnosis because there is still a risk that the growth could be malignant. Seeking treatment is as early as possible is the best way to avoid permanent physical deformity and emotional distress. If you’re currently suffering from rhinophyma or fear that your symptoms could be diagnosed as rhinophyma, please reach out to a surgeon today.

Dr. Sidle specializes in cosmetic and reconstructive surgery of the face, head, and neck. His services range from minimally invasive office procedures with little to no down time to major operations leading to dramatic improvements in appearance. Dr. Sidle is one of a select group of cosmetic surgeons who are “double boarded”. He is Board Certified by the American Board of Facial Plastic and Reconstructive Surgery and by the American Board of Otolaryngology-Head and Neck Surgery.
View all posts by Douglas M. Sidle, MD, FACS
This entry was posted in Blog. Bookmark the permalink.