Is Cosmetic Ear Reshaping, Otoplasty, Right for You? 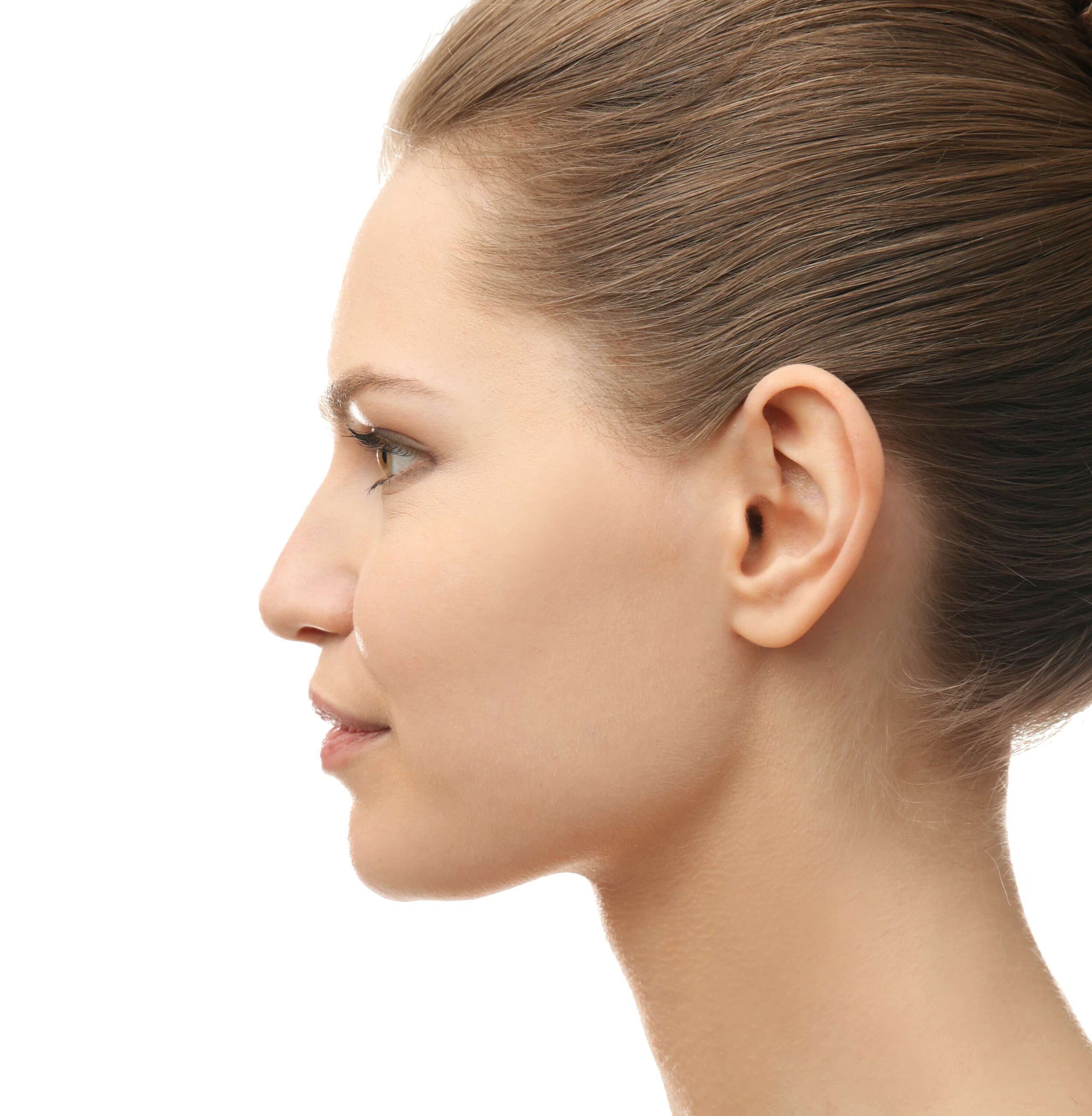 Otoplasty, often called ear pinning surgery, is a surgical technique that corrects prominent ears or ears that stick out, away from the face.

Each year, thousands of individuals choose to undergo this type of cosmetic surgery to correct their prominent ears as a way to enhance their physical appearance and, in turn, improve their quality of life. Otoplasty is usually safe and successful, often outpatient surgery, with high reported satisfaction rates.

Here’s information regarding what necessitates the procedure, how ear pinning surgery is generally performed, and what to expect in terms of recovery to help you decide whether cosmetic ear reshaping is right for you.

What Are Prominent Ears?

The outer ear, called the auricle or pinna, is usually located about two centimeters away from the side of the head. The pinna plays only a minor role in hearing, but it contributes to physical appearance. Just inside the pinna, the concha is the hollow part of the ear next to the ear canal. Around 5% of the Caucasian population experiences what are called “prominent ears.” In these individuals, the outer ear protrudes at a conchal angle above the 21-30 degrees that ears typically point away from the head, and they appear to stick out.

Prominent ears can be caused by a few different things and may affect one or both of a person’s ears. Before otoplasty, some with protruding ears find that they contribute to low self-esteem and a lack of confidence, but they usually don’t hinder your hearing ability. Prominent ears can be attributed to genetics, occasionally running randomly in families, that impact the growth of cartilage in the ear. Injury or trauma can also affect the shape of the ears.

How Do You Correct Prominent Ears?

People who have injured their ears or were born with congenital anomalies can elect to undergo reconstructive surgery. Otoplasty is a medical procedure performed by a facial plastic surgeon to rebuild or repair the outer ear in order to correct the ear’s shape. Although it’s less common, a pediatric or ear, nose, and throat surgeon can perform the surgery, too.

What Is Ear Pinning?

Though some prominent ears may resolve without further intervention, otoplasty can be performed on a child once the ears have reached their full size. In many cases, otoplasties are performed on pre-school or young school-age children, but adults can also benefit from the procedure.

There are a few primary otoplasty techniques that fall into two main categories: routine and incision-less surgery. In a standard otoplasty, the child or adult will be sedated with a general or local anesthetic. The surgeon will then make a small incision behind the ear or within the ears’ inner creases before they apply stitches (sometimes permanent) to fold and pin back the outer ear into a more natural position against the temporal bone.

When an excess of cartilage exacerbates the situation, the surgeon may remove some of it. After the 1-2 hour procedure, the patient is left with only a well-hidden thin scar behind the ear that will fade with time.

Advances in technology and minimally invasive otoplasty techniques have evolved to minimize scarring potential, generally leaving behind ears that remain soft and natural. Traditional ear pinning methods may produce small amounts of scar tissue that can harden the cartilage of the ear, making it feel slightly stiffer than before otoplasty, but not unnatural.

How Will Ear Pinning Change Your Face?

Otoplasty can help to improve the shape, position, or proportion of the ears, letting them rest in a more natural place closer to the side of the head. It allows the ears to look more proportionate, bringing about a more balanced appearance to the face since the ears are no longer as prominent or noticeable. Many find that otoplasty helps to negate feelings of insecurity and self-consciousness, dramatically improving self-esteem.

Who Is A Quality Candidate For Otoplasty?

Anyone with fully grown ears (at least of preschool age) who are bothered by their ears’ appearance may be a candidate for otoplasty. One of the principal benefits of ear pinning surgery is improved looks that lead to higher self-esteem and self-confidence, and many undertake the surgery to obtain it. While perfect symmetry may not always be achievable, otoplasty can change the ears’ shape and relation to the skull to enhance the patient’s appearance.

How Long Is The Recovery Time For Otoplasty?

Recovery depends on the type of surgery and may take several weeks. After otoplasty surgery, a doctor will place a dressing over the ears that should remain intact for a number of days. It may be removed by the doctor temporarily to check for hematomas the day after surgery. When it is safe to remove the dressing permanently, the patient must wear a protective headband over the ears. Wearing this headband for the next 4-6 weeks is critical, especially at night, to prevent the ears from being pulled during sleep.

Additional side effects of otoplasty include:

Within 1-2 weeks of otoplasty, you can return to work or school.  Between 4-6 weeks later you can swim. After 12 weeks of ear pinning recovery time, it is usually ok to participate in contact sports.

Are There Risks To Otoplasty Surgery?

Otoplasty is a relatively safe, effective procedure often accompanied by minimal discomfort for a few days after. Like any surgery, undergoing an otoplasty comes along with several potential complications:

Is Otoplasty Surgery Right For You?

People in good health who can benefit from ear pinning to alter their ears’ shape or position may be viable candidates for otoplasty. If you think that you may benefit from otoplasty, discuss the pros and cons of the surgery with your doctor.

To determine whether otoplasty is right for you, a plastic surgeon will likely ask you about the following:

Since otoplasty is usually a cosmetic surgery, it is rarely covered by insurance. Insurance will often limit coverage to sustained traumatic injuries or children born with severe congenital defects, for example, the absence of the ear. Though the cost of ear pinning surgery varies depending on the surgeon and the type of intervention that is required for the otoplasty, expect to shoulder these costs independently.

Ear pinning before and after pictures often provide a distinct improvement over the original protruding, prominent ears that can affect all ethnicities.  After the ears are fully grown, as early as in pre-school, otoplasty can be performed to significantly enhance your looks by reshaping or pinning back the ears to create a more normal appearance.

Many choose to undergo the traditional or incision-less otoplasty to obtain a more symmetrical face with ears that do not stick out as far away from the skull as they used to. In 2018, surgeons performed this popular procedure almost 23,000 times to reshape prominent ears for a more normal appearance.

Though there are risks with any type of surgery, ear pinning surgery is generally a brief, surgical cosmetic procedure that consistently results in safe, successful ear reshaping.

Those who have otoplasty surgery commonly report high rates of satisfaction after surgery. If you think ear reshaping surgery may be right for you, feel free to contact Dr. Sidle to discuss your options.

Dr. Sidle specializes in cosmetic and reconstructive surgery of the face, head, and neck. His services range from minimally invasive office procedures with little to no down time to major operations leading to dramatic improvements in appearance. Dr. Sidle is one of a select group of cosmetic surgeons who are “double boarded”. He is Board Certified by the American Board of Facial Plastic and Reconstructive Surgery and by the American Board of Otolaryngology-Head and Neck Surgery.
View all posts by Douglas M. Sidle, MD, FACS
This entry was posted in Blog. Bookmark the permalink.